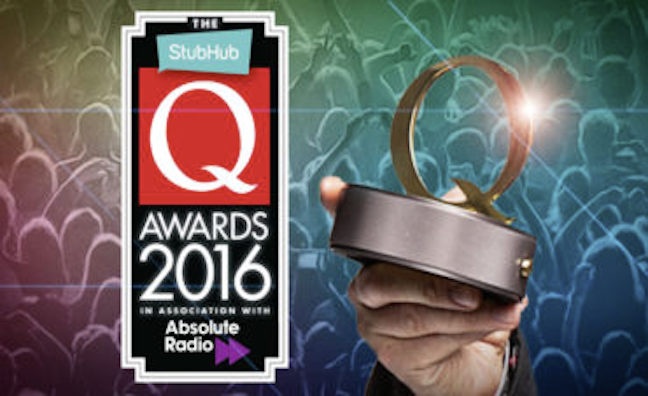 The Charlatans are set to become the first band ever to play live at Q Magazine’s Awards ceremony.

The StubHub Q Awards take place at London’s Roundhouse for the first time on November 2, and The Charlatans’ appearance marks the first live performance in the event’s 26-year history.

The announcement follows last month’s news that the ceremony will be open to the public for the first time. In a statement, The Charlatans said, “Q Magazine has been there with us from the very beginning and the support we’ve had from its readers has been amazing. It’s great to see the Awards finally being opened up to the fans.” The group will play at the end of the ceremony.

Phil Alexander, editor in chief of Q Magazine, said: “As well as the awards being 26 years old, it’s Q Magazine’s 30th birthday this year so we wanted a band that could help us celebrate in style. The Charlatans are the perfect band for that. They’ve seen off ‘Madchester’ and Britpop, and made music that’s stood the test of time. They’re loved by the Q team and our readers, and we’re thrilled that they’ve agreed to play on November 2 for what should be a very special evening.”

Absolute Radio presenter Christian O’Connell, who returns to host StubHub Q Awards for the third year running, said: “The Charlatans are one of the country’s finest bands, and Tim Burgess one of the best-haired front-men any of us have ever known. To have them performing at the Q Awards - one of the biggest nights in music - is set to be a performance to remember.”

In July last year, The Charlatans were joined onstage in Manchester by former Manchester United and England footballer Gary Neville -  a big fan of the band. Reviewing the show, Q writer Simon Goddard wrote, “The enormity of their music and their story suddenly feels overwhelming.”

Tickets for the Awards are available now at the following prices:

Seven categories will be decided by a public vote, with fans able to cast their vote now at www.Qthemusic.com, while an artist selected by Q staff will give a performance at the end of the ceremony. The categories open for public voting are as follows: