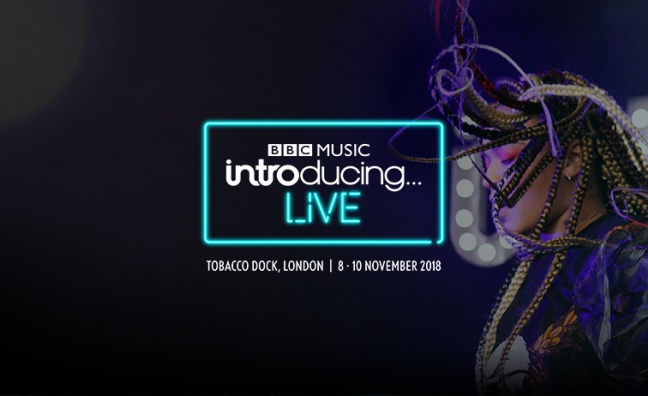 Geared towards emerging talent and following on from the BBC’s inaugural Amplify conference last year, the rebranded event runs from November 8-10. It will feature more than 250 panels with 100 masterclasses from industry professionals including Adele's manager Jonathan Dickins, while Ben Howard will perform a sold-out headline show.

A late addition to the agenda is a discussion between Nile Rodgers and his manager, Merck Mercuriadis, which will take place in the Discovery Theatre at 11.45am today.

"It's such an important part of the public service," BBC Music Introducing editor Rachel Holmberg told Music Week. "It really is the best place to pull all of these areas from the music industry all together in support of new musicians and hopefully this will become our flagship event in the years to come."

Music Week editor Mark Sutherland will host a panel featuring six women from the Music Week Women In Music Roll Of Honour in the Marquee Room from 5.45pm. MOBO founder Kanya King, BASCA CEO Vick Bain, Decca president Rebecca Allen, Disturbing London general manager Damaris Rex Taylor, MPA board director Paulette Long and Glassnote UK MD Liz Goodwin (one of this year's 12 honourees) will talk about their careers, what they do, how they got into their roles, how they have navigated challenges and offer advice for the next generation.

"We're expecting a fairly young crowd, but it's open for anyone who is an aspiring musician, a budding music industry exec or is just a passionate music fan," added Holmberg. "We actually have over 450 speakers from all across the music industry and it's incredible that so many of these people are giving up their time just for the good of inspiring future generations, which is really what it's all about and hopefully this is going to be the first of many to come.

"We've got things like Steve Lamacq's Demo Bag, where people will be able to post demos into a post box throughout the day and he will listen to them live and give feedback in front of an audience. We have Jamie Cullum doing a live songwriting session and we will cover a huge number of topics across all areas of the music industry."

Holmberg pointed to the example of Jake Bugg as the ultimate aim of the event.

"Back in 2011 BBC Music Introducing had a very special event called the Introducing Masterclasses," she said. "They used to take place between Abbey Road and Maida Vale Studios and we would invite new musicians from all around the UK to attend and spend the day hearing from some of the most influential names in the music business.

"A 17-year-old Jake Bugg was in attendance after hitching a ride to London in order to take part and he was listening to a talk by Mike Smith, who at the time I think was at Mercury Records but is now MD of Warner/Chappell. Jake, at the end, reluctantly joined the queue of those handing Mike their demos."

She continued: "That really was the catalyst that started Jake's journey. Within a few months he found himself with a recording contract and a huge opportunity, so that's the prime example of why Introducing wants to put that type of event on, but on a much more sizeable scale at Tobacco Dock.

"Introducing is there to provide a platform for under the radar musicians from around the UK and provide unrivalled opportunities that only we as the BBC could offer and that's where the idea has come from."