Inside the new Creation Records movie with founder Alan McGee 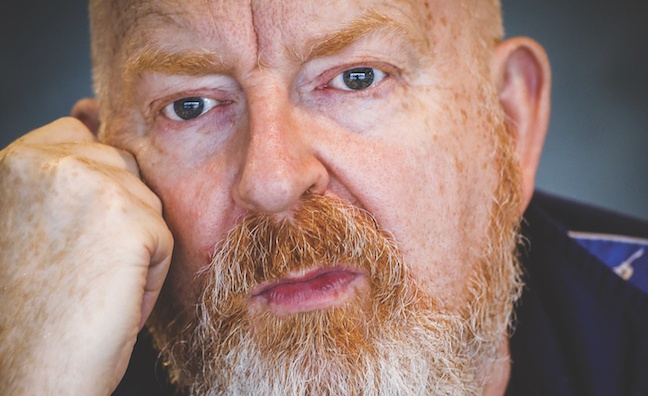 Alan McGee is one of the most influential figures in the history of British music. After setting up Creation Records with Dick Green and Joe Foster in 1983, he helped to midwife era-defining albums from Primal Scream, Oasis, My Bloody Valentine, Ride, Teenage Fanclub and countless more. And now that incredible story is being told in a brand new film.

Directed by Nick Moran and written by Dean Cavanagh and Irvine Welsh, Creation Stories is a breakneck run through McGee’s life in music and the frequently mind-boggling tales behind the label – from forming a punk band with the future members of Primal Scream as a teenager in Glasgow to accidentally discovering the UK’s biggest band since The Beatles after missing his train home, and McGee’s drug and alcohol fuelled breakdown at the height of Oasis’s success. Here, the legendary exec talks us through the film which is available on Sky Cinema from March 20...

You wrote your autobiography Creation Stories back in 2013, how did the film version come about?
"I’ve been friends with Irvine Welsh since 1991 and that’s where it came from. I wrote the book, he loved it and said to me, 'We should make a movie, I’ll do the script!' I was like, 'Hmmm really? OK, have a go…' It took five years. One of the first people he got on board was [director/Lock Stock And Two Smoking Barrels star] Nick Moran, I was pretty unconvinced with the concept of that. I hate the cheeky cockney stuff and I was like, 'Not one of these Guy Ritchie c*nts!' Until I met him and he was a decent guy. I had no idea. I thought he was going to be all apples and pears, a Lock Stock character, but he was totally not like that. He’s a great director and the minute Danny Boyle put his name to it it got funded."

How do you think Ewan Bremner captured you on screen?
"Initially we got offered Ewan McGregor and I said to Irvine, 'I do not look like Ewan fucking McGregor…' So two days later he said, 'Well what about [Bremner’s Trainspotting character] Spud?' I was like, 'Yeah that could actually work…' And it really did. He’s a great actor. He nails a version of me. I haven’t been crazy for 20 years. It’s a little bit difficult sometimes watching myself be mental – I’m clean, no drink, no drugs, I’ve got my eating under control – so all of the problems that I had I’ve sort of sorted them out."

Was it strange going down on set and seeing your life being acted out?
"It was. The first time I went down and Ewan Bremner was roaming around being me in 1986 with loads of mad hair and leather trousers on and I was like, fuck that’s too mad…. But this film is Irvine Welsh’s take on Creation Records. The book is my own take on my own take on Creation Records. A lot of stuff in this film might not be factually correct but it’s a film so you just have to go along with it. It’s a film, it’s got a version of my and my dad walking off into the sunset at the end and I’ve not spoken to him for 20 years, but that’s Irvine’s take on it. It is odd. I don’t hate the film and that’s the biggest compliment I could pay it, ha! I know Tony Wilson struggled with [Factory Records biopic] 24 Hour Party People but I don’t struggle with it at all."

Does it capture the spirit of the label?
"I think so. There’s one bit which is so Creation when they end up in a cafe and start dancing on the tables - that’s factually correct. There used to be a greasy spoon cafe right next to our building in Hackney and we’d go to Paul Oakenfold’s club night and we’d end up E-d off our tits at ten in the morning getting cups of tea and someone would play something like Ride On Time that was in the charts at the time and the whole place would kick off because there was 20 of us in there."

I don’t hate the film and that’s the biggest compliment I could pay it... I know Tony Wilson struggled with 24 Hour Party People but I don’t struggle with this at all!

The film also goes into you partially selling Creation to Sony in the '90s and whether or not that was selling out some sort of independent ideal…
"Does any body talk about selling out anymore? It would be a novel concept. People just do what they need to do. We were realistic about it. I never believed in an indie thing and I still don’t, I just believed whatever was the right way to attack with your records was the right way and sometimes that was Sony in the late '90s and sometimes in the early '80s it would be with [someone like] Rough Trade."

There’s a bit in the film where your character says he hates rock biopics…
"That’s not me! That’s Irvine’s sense of humour. I like them! I’ve watched tonnes of them, I loved the NWA one - why wouldn’t you like them?"

Biopics like Bohemian Rhapsody have had a massive uplift on sales for the artists featured. Obviously a band like Oasis doesn’t need much help in that area, but do you hope Creation Stories might help shine a light on the lesser known Creation acts and boost sales or streams for them?
"Oh yeah. Bands still come up saying they love Oasis but if this could give bands like The Television Personalities and a lift and introduce people to their music that would be great."

You also recently started a new label, It’s Creation Baby putting out new bands like The Clockworks and Cat SFX...
"Yeah, god knows if anybody is paying attention but I’m enjoying doing it. It’s keeping me sane through lockdown putting records out by new bands. It’s what I love doing - as much as I love managing older bands which is what I do as well. I’m enjoying putting the records out and I don’t know if anyone is paying attention to be honest with you. I hope they are and I hope somebody’s finding that it’s cool."

Watching the film did it bring up any regrets when it came to running Creation?
"I suppose the ultimate one was I wish I’d signed the Stone Roses. I would have loved to have worked with them. You have regrets but over all I’ve done things because I’ve wanted to do them, for better or for worse. I’ve really never looked at anything on whether it was the financially sensible thing to do, it was always: Do I actually want to do that? That’s how I’ve always lived my life, ever since I left Glasgow when I was 19."