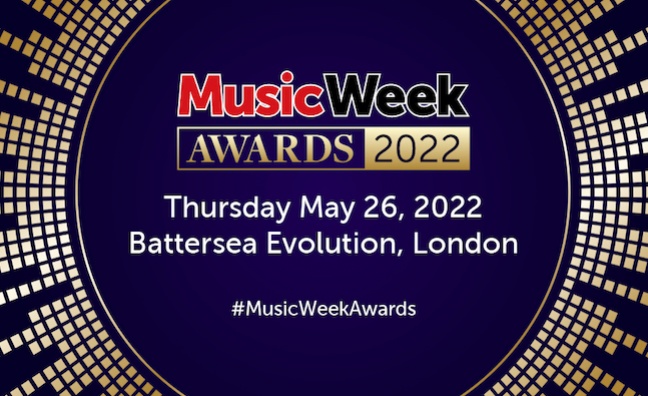 The Music Week Awards is back for its biggest ever edition.

More than 1,400 people will witness the triumphs across dozens of categories at the only music awards covering the entire industry. The awards recognise success during 2021 campaigns.

The ceremony takes place tonight (May 26) at Battersea Evolution hosted by Munya Chawawa, followed by the after party. You can see all the finalists here.

Here, Music Week takes a closer look at some of the key contests in several categories…

Record Company Of The Year

Polydor will be marking the launch of ABBA Voyage this week - but will it be a case of The Winner Takes It All tonight?

Polydor pulled off a hat-trick of wins in this category when it triumphed in 2021. The Universal Music label made it three consecutive victories - and they will be pushing hard for a fourth trophy tonight. It follows another successful year for the label, including No.1 albums by ABBA, Sam Fender, Olivia Rodrigo.

But Polydor is up against 10 strong rivals, including 2021 market share victors RCA, 2018 winner Atlantic Records (who had a big year with Ed Sheeran) and Columbia Records, who scored the year’s biggest album with Adele’s 30.

The incumbents also face challenges from fellow Universal labels Decca, EMI Records and Island Records, as well as Sony Music’s Insanity (who had a good year with Tom Grennan) and Ministry Of Sound, plus Warner Music’s Parlophone and Warner Records.

BBC Radio 1 station head Aled Haydn Jones described this one as the “6 Music Award” last year. The alternative music digital station has been dominant in this category, and it’s now more popular than ever with listeners and the industry.

But after a decade of wins (we have to admit we’ve slightly lost track of 6 Music’s lengthy reign), the station did lose out to BBC rivals in 2019 (Radio 1) and 2021 (Radio 2). So will Radio 6 rule again, or will it be another broadcast boss collecting the trophy?

While the BBC stations have had a good pandemic, commercial radio is resurgent. The newly launched ratings hit Capital Dance fronted by Mistajam might cause an upset. And don’t forget the formidable KISS brand, as well as Absolute Radio, Capital Xtra and rock duo Kerrang! Radio and Planet Rock.

The growing impact of catalogue - on both streaming and vinyl - has made this category even more important than ever. And the 2022 line-up is particularly strong - at what other awards ceremony would you find Oasis, David Bowie and Suede duking it out with the Spice Girls, Sugababes and Leona Lewis?

There’s also the catalogue titans Queen, whose Greatest Hits was the fifth biggest artist album of 2021 based on Official Charts Company data.

UMC are defending their title with the Spice Girls campaign, following victory last year with Bob Marley, whose streaming perennial Legend finished at No.30 overall in 2021.

Manager Of The Year

Tap Music, fresh from their near-triumph at Eurovision, came out on top last year. They are back again in 2022, following successful campaigns for artists including Lana Del Rey.

This is one of the most interesting and competitive categories, with management teams behind breakthrough stars PinkPantheress (Up Close), Joy Crookes (Catch Management) and KSI (Proper Loud) up against established names (Tap, Rocket Entertainment, Hunger Management, Neighbourhood and Modest!).

Owain Davies, of OD Management, earns a first ever nomination following a year in which he celebrated No.1 albums for both Sam Fender and Ben Howard.

Label and artist services has 10 competing companies at the Music Week Awards this week. As well as the majors (ADA, AWAL, Ingrooves, The Orchard, Virgin Music Label & Artist Services), there are hopefuls from the indie sector (Absolute, Believe, Cooking Vinyl, Fuga and Integral).

Virgin came out on top last year, and UK MD Vanessa Bosaen spoke about the thriving sector in the latest issue of Music Week.

“We see more and more artists coming through on this side,” she said. “We say at Virgin that we don’t think there’s anything that you can achieve in a traditional label deal, that you can’t achieve with us.

“We want to make sure that we’re delivering to the same standard, if not higher, and I’m sure our competitors feel the same. I’d like to think that we’ve pushed ahead even since last year, so I hope that we are strong contenders [at the awards].”