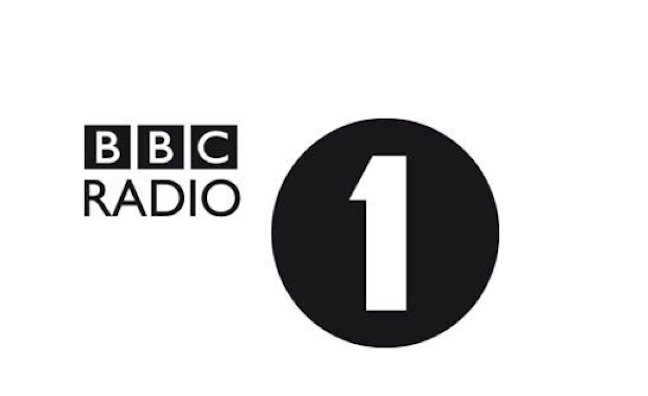 The Q4 RAJAR figures have been published for the period ending December 15, 2019.

The standout result that’s likely to make the headlines today (February 6) is a difficult quarter for BBC Radio 1. Here are Music Week’s key takeaways from the latest listening figures…

End of an era

The overall fall meant that Greg James was under pressure this quarter. He ended up with 4.81m listeners for The Radio 1 Breakfast Show, compared to 5.05m in the previous quarter and 5.11m a year ago – James’ first full quarter. It’s worth noting that, in October 2017, when Nick Grimshaw went down to 4.93m it was reported by the BBC itself as the lowest Radio 1 breakfast show rating since records began. There’s no direct comparison as James’ show is four days a week. But Radio 1 has certainly not advanced on the breakfast audience ratings Grimmy passed on.

But it’s not all bad news for Radio 1 – it’s still No.1 for 10-29s and has the No.1 breakfast show for that audience. Its YouTube and Vevo channel receives an average of 2m views a day, and there are more than 8.7m subscribers. Radio 1 and 1Xtra have a combined 9.56 million audience on social media across Facebook, Twitter and Instagram.

“We are very proud to be the number one radio station and Breakfast Show for young audiences in the UK,” said Aled Haydn Jones, head of programmes, Radio 1. “We continue to provide our audience with more ways to enjoy our content with around 10 million listeners, 14 million weekly viewers and 9.5 million social users.”

It was a nervous quarter for Zoe Ball, who lost 364,000 listeners from her Radio 2 breakfast show in Q3 2019. That quarter’s RAJAR of 7.9m meant that The Zoe Ball Breakfast Show had the lowest ratings in that slot for a decade. But Ball has, er, bounced back with 8.24m listeners in Q4, although that’s down on the 9.07m that Chris Evans had in his final quarter at the station a year earlier. So Ball has lost the best part of a million listeners to the show since she started.

And the winner is…

Global is getting ready for the return of its multi-genre awards ceremony next month. And come the RAJARs, the commercial radio giant routinely declares itself the winner. This time around it boasts a 23% market share for its brands.

Heart Network might have given Radio 1 a fright this quarter, though in the event it slipped by 5.4% year-on-year to 8.08m (Global claims victory anyway by citing the reach of its Heart brand). Heart Breakfast with Jamie Theakston and Amanda Holden is the biggest commercial breakfast show with 4.29m listeners (though it lost more than 270,000 listeners in three months).

Capital Breakfast with Roman Kemp is the clear commercial winner in London with 950,000 listeners, a big increase of 242,000 on the previous quarter (slightly up on the year). But nationally Capital Network was off by almost 10% year-on-year at 6.55m. Even recent success story Capital Xtra was down this time (1.68m, down 6.4% year-on-year). The brand extension network’s new breakfast show with Yinka and Shayna Marie launched with 744,000 weekly listeners, while Capital Xtra Reloaded opened its RAJAR account with 330,000 listeners. Classic FM had a good quarter with 5.46m listeners, recording its highest share for 12 years. Meanwhile, Radio X was solid at 1.66m, although Chris Moyles has lost momentum at breakfast (935,000).

James Rea, Global’s director of broadcasting, said: “This is a very strong set of RAJAR results for our brand extensions as well as for Global. It is a true testament to the hard work of every Globaller.”

Once the biggest commercial breakfast radio presenter, Dave Berry lost out on when Capital and Heart went national. But he’s still a strong performer for Absolute: The Dave Berry Breakfast Show is on 2.27m listeners, up from 2.16m a year ago. Absolute is up overall, too, with 4.91m listeners in Q4 (a 3.3% year-on-year increase).

Bauer Media reaches 18.2m listeners (up 1.2 year-on-year). Hits Radio Network was up 5% year-on-year to 5.88m, though Kiss was down by a similar amount at 5.23m. Kisstory’s success, mentioned already, means it is the No.1 commercial digital-only station. Recent launches Country Hits Radio and Scala Radio both edged up and have around 250,000 listeners (presumably not the same listeners, though). Global’s country rival, Smooth Radio Country, is chasing Bauer with 204,000 in its first RAJAR figures.

Digital innovation is what makes Bauer stand out

Dee Ford, group managing director radio, Bauer Media, said “Digital innovation is what makes Bauer stand out – we know and understand audiences and how they want to engage with content. This underpins our sector-leading 74% listening on a digital device and of course our growth in total listening. These results have been driven by strong performances from Hits, Greatest Hits and Absolute Radio Networks. We have been a clear leader in digital radio for the last five years and operate six of the top 10 leading commercial digital stations, with Kisstory continuing as the clear commercial digital leader.”

Digital listening share increased to a new record of 58.5% in Q4, up from 52.6% a year earlier. Digital was boosted by the launch of new national commercial digital station, such as Scala, Country Hits Radio and various brand extensions, and the growth of listening online via smart speakers in home and DAB listening in car.

Thirty-one per cent of adults now claim to own a voice-activated speaker. Listening online and via app in home is, for the third consecutive quarter, the fastest growing platform and location. Digital listening in car reached a new record of 44.5%.

Ford Ennals, CEO of Digital Radio UK, said: “Digital listening has grown to a new record share of 58.5% due to the success of new national commercial digital stations, the growth of DAB in cars and the surge in online listening prompted by the growth of smart speakers in homes. Q4 2019 represents a significant milestone in that for the first time listening hours on DAB are higher than listening hours on FM. FM has been the backbone of UK radio listening for over 30 years but it is clear now that the future of radio is not binary and is going to be a combination of DAB listening as well as listening across multiple online platforms.”

Siobhan Kenny, Radiocentre CEO, said: “We are experiencing an audio revolution, with radio at its heart. That is clearer than ever, as we see commercial radio’s expansion of offerings pay dividends in digital growth. Radio is not a box in the corner of the room – it’s everywhere a smart speaker is in your house, on your phone, and across a multitude of platforms.”