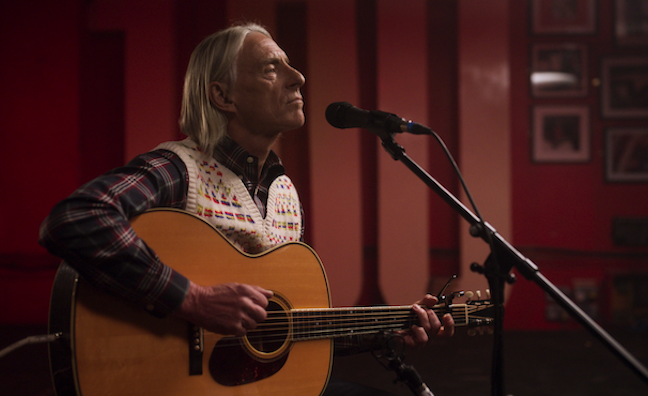 The first episode of new music documentary and live performance format The Live Revival premieres this week (Thursday, May 20) on Sky Arts.

Produced by CC-Lab, the three-episode series shines a light on hard-hit small music venues and features artists including Paul Weller, Amy Macdonald, Frank Turner and Sleaford Mods giving one-off performances in the venues they gigged in at the start of their careers.

The series' premiere is timely given indoor venues were permitted to reopen on the UK, subject to capacity restrictions, on Monday.

If there were no grassroots music venues, it's not that you wouldn't have stadium and arena-level acts, they'd just all be chosen by someone like Simon Cowell

Here are 10 of the standout quotes about the grassroots scene to listen out for in the first episode:

"If this [music venue] was a theatre or a ballet or something, it would have a preservation order on it and it would be government-funder. But because it's 'only music' there isn't that opportunity. But I think we've got to preserve these places and look after them because there's so much history here. There's so much cultural history that's attached to these places."
Paul Weller

"Music is of the utmost importance to people - people live and breathe it."
Noel Gallagher

"I think of the years I hammered away on the small gig circuit and now I can reflect on that period as a sort of apprenticeship."
David Gray

"We develop the artist, we lose money on the first few plays while we're building the artist and then they're gone because they're too big to play at this capacity anymore and sometimes we don't make that money back. We don't care, we realise that's just the way it works."
Danni Brownsill, The Sugarmill, Stoke

"You're spitting out the words, there's sweat dripping off you, it's literally... sexual."
Sharleen Spiteri, Texas

"We had David Bowie play here in the mid '90s, The Cure at their high, Blur at their high, so a lot of bands that had gone beyond Rock City came back to play here. And a lot of them cite the intimacy of the way we're set up."
George Akins, Rock City, Nottingham

"If there were no grassroots music venues, it's not that you wouldn't have stadium and arena-level acts, they'd just all be chosen by someone like Simon Cowell."
Frank Turner

"There's nothing wrong with great pop music, but it cannot just be that. If we don't support those little venues we're just going to see the quality of British music begin to, very slowly, degrade."
Skin, Skunk Anansie

"The problem that grassroots music venues have had is a lot of the time they're perceived as bars that do some music. I've never been in a theatre or arts centre that doesn't also have a bar. So why aren't they bars that do theatre?"
Beverley Whitrick, Music Venue Trust