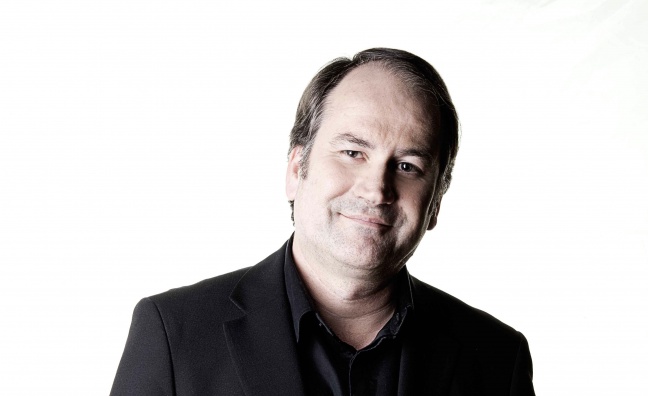 BBC Radio 1 and Radio 2 have benefited from a 50th birthday boost in the Q4 RAJAR results today. Both stations recorded their highest weekly audience since 2016.

The publicity surrounding both networks’ anniversaries – including a Music Week cover story – has helped lift the stations' figures for the period ending December 2017.

As predicted yesterday by Radio 1 controller Ben Cooper, the network’s Live Lounge Month and other birthday activity had a positive effect on ratings, with a 2.9% year-on-year increase to 9.84 million listeners. The station was up 1.5% on the quarter and appears to have stabilised its audience following a more volatile set of figures in 2017.

Radio 2 had an identical ratings boost of 2.9% year-on-year and is now comfortably holding on to its 15 million-plus audience (the Q4 figure was 15.49m). The Chris Evans Breakfast Show has 9.43m listening each week, the highest reach since 2016.

Other BBC music stations were more mixed: Radio 3 down 8%, 6 Music stable at 2.34m and 1Xtra soaring thanks in part to the popularity of grime. The BBC’s urban station, which recently marked its own anniversary, was up 17.2% to 1.065m. It dipped slightly on the prior quarter.

Bob Shennan, director of BBC Radio and Music, said: “This has been a great quarter for the BBC’s key breakfast shows. Chris Evans has shown once again that his Radio 2 show is the defining breakfast programme of his generation whilst over on Radio 1 Nick Grimshaw and his team have delivered the highest number of listeners in the slot for two years. Whether it’s music and top guests with Nick or Chris, agenda–setting news and analysis on the Today programme or lively discussion on 5 live, millions of people choose to start their day with BBC Radio.”

In the commercial radio sector, Absolute Radio was a big winner with a 21.8% annual increase as the audience reached 2.61m.

Global’s Radio X scored a huge 26% boost on a year ago to hit 1.58m, while Heart remains the biggest commercial radio brand in the UK with 9.2m weekly listeners. Capital was down 2.1% to 8.29m, though Global noted its success in London with 2.1m listeners.

The media and entertainment group also had its own anniversary recently with 25 years of Classic FM. The station enjoyed a boost in Q4 of 5.7% to reach 5.7m listeners.

Richard Park, group executive director & director of broadcasting at Global, said: “In its 25th birthday year, it’s fitting that Classic FM adds more than 300,000 listeners which is a huge achievement. Capital XTRA and Radio X have pulled in record numbers, both reaching 1.6m listeners every week which is also a very strong performance.”

Global leads the UK commercial radio market with a 22% share.

Ashley Tabor OBE, founder & executive president of Global, said: “Global continues to lead the market in the UK with some great results across our portfolio of stations. In the fiercely competitive London market, I’m delighted that Capital leads on reach and LBC on share, giving Global the lead in both measures, whilst Heart, Capital and Classic FM are the UK’s biggest three commercial radio brands.”

In the contest between rock stations, Planet Rock triumphed over Kerrang!, which has lost 17.9% of its audience in a year. Planet Rock is now well ahead on 1.04m.