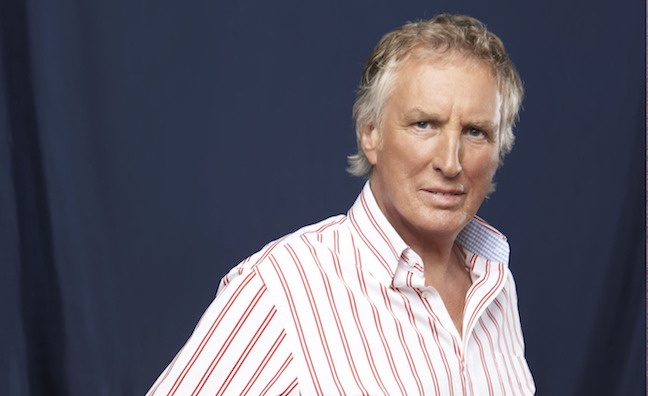 Wisebuddah has won the commission for the first long-running rock series on Radio 2. From June 18, Walker’s show will air on Monday evenings from 9-10pm.

The commission is for 26 shows, broadcast in two series of 13 programmes. Wisebuddah said it will draw on the Radio 2 audience’s love of the music and Walker’s experience of the scene.

Adam Uytman, head of content, Wisebuddah, said: “Johnnie has a wealth of experience in the field of rock. The BBC Radio 2 audience are huge rock fans and have been waiting for this moment. We’ll be covering the classics – from Led Zeppelin to Guns N’ Roses, Red Hot Chili Peppers to Muse - as well as new bands and artists, too. We’re proud to be building on our relationship with both BBC Radio 2 and Johnnie Walker to create this new show for listeners.”

A new rock show on the country’s biggest radio station could be a fillip for guitar music, which has struggled to make an impact on streaming platforms and largely disappeared from the singles chart. But there have been signs of a rock resurgence on UK radio.

Wisebuddah has been working with Walker since 2009 on his Sounds of the '70s show on Radio 2. The new rock show commission was won under the tender process to bring new programmes to the network as part of Radio 2’s schedule changes.

Wisebuddah has also won the contract for Sounds Of The 80s, with Gary Davies as its new presenter. The weekly show (Friday, 10pm-midnight) will be accompanied by 10 BBC Red Button specials which take the show onto the TV screen and feature videos and interviews. Davies takes over from Sara Cox.

“Wisebuddah has built its reputation on working with great talent,” added Uytman. “We’re proud to be working with some of the UK’s most iconic presenters as well as developing shows with exciting, emerging stars. These commissions also demonstrate our ability to work across the full spectrum of audio - from traditional to new audiences and traditional to new platforms. Audio-on demand is a fast-growing area for us and it draws perfectly on our experience of producing some of the best quality shows for BBC Radio.”