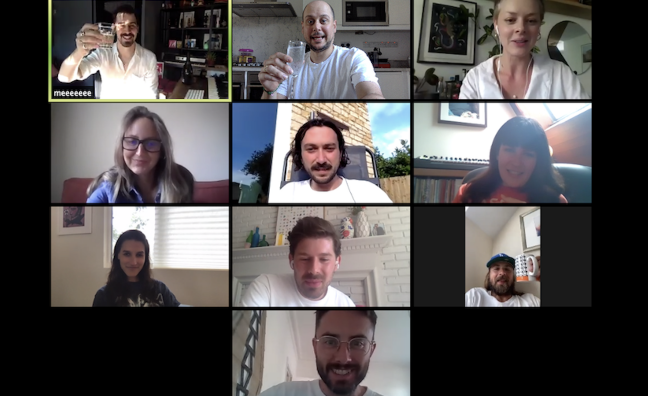 He worked on Jones’ new single Miss U, while his previous successes include the Ivor Novello award-winning All My Friends by Snakehips feat. Tinashe and Chance The Rapper, Boys by Charli XCX, and Sun Comes Up by Rudimental and James Arthur.

Sony/ATV UK president, co-managing director, David Ventura said: “We have been very fortunate to witness Cass defining his art over the past few years, becoming one of the most in-demand UK songwriters. He is multi-talented – excelling in writing music, toplining and producing (he probably won’t say but he is also a great singer). As a publisher, it is a dream to work with an all-rounder like Cass, his impressive track record speaks for itself, writing songs for Charli XCX, Clean Bandit, Martin Solveig, Jax Jones, Snakehips, Chance The Rapper to name a few, and the opportunities are infinite. Welcome back Cass!”

Manager Chris Gentry said: "We started working with Cass seven years ago and have been working with Sony/ATV the whole time. Cass's career has gone from strength to strength and we couldn't have done it without the hard work and focus from Sony/ATV. We are thrilled to be able to continue our relationship with David and his team as well as Jon, Amanda, Jenn, the whole US team and all the international offices around the world."

Lowe added: “I’m so excited to be continuing the journey with the Sony/ATV family! They are incredibly supportive and passionate about what they do, and over the years together they’ve helped me learn my craft and grow as a writer. I’m looking forward to making some great music with David Ventura, Jon Platt, Amanda Hill, Jenn Knoepfle and the whole Sony/ATV worldwide team.”

Sony/ATV won the coveted publisher of the year category at the Music Week Awards this year.