On the radar: Maggie Rogers 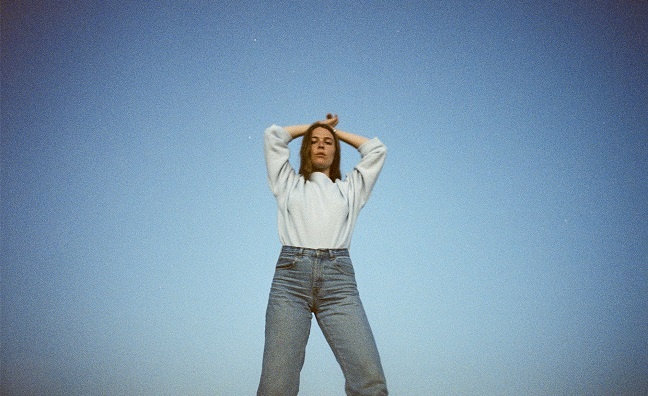 Maggie Rogers pulls into her parents’ farm in Maryland, relieved to be surrounded by the familiar lush greenery of home. It’s September 2017, and the singer is driving a van, lugging everything she owns back from New York, shortly after completing her first international tour with two sold-out nights at Brooklyn Steel. Rogers’ career skyrocketed in that same city in 2016, when Pharrell Williams turned up at the Clive Davis Institute Of Recorded Music – where she was studying production and engineering – to judge students’ songs. His gobsmacked reaction to her wild, dance-influenced Alaska ensured the video of the class went viral and scored Rogers a major deal.

A synthy debut EP and copious touring followed, and now Rogers finds herself established as a recording artist and on the verge of releasing her debut album. “I was really overwhelmed and anxious at the beginning,” she tells Music Week over an animated lunch in her favourite London hotel. “I wasn’t sure I was going to do this because I love making music, and for the first year of my career there was no music making. I didn’t know if this shit was for me, and that’s what so much of the record is about, putting a stake in the ground and saying, ‘I am doing this’.” But before she could get to the album, Rogers had some adjusting to do. Having graduated and been thrust into the music industry machine simultaneously, she had to find some space. “I was wiped. It took a while,” she says.

The record is about change and transition

Working in her bedroom and home studio, an outbuilding that was once a childhood playroom, Rogers began to conceive widescreen pop songs such as Fallingwater and Give A Little. The synths of the EP give way to piano and guitar, the music is earthy, bold, confident, Rogers tapping into the more organic sound of the folk records she grew up on. “It was important to cover the joy as much as how tough and weird that year was. It was a really unnatural situation,” she says. “It’s not all about the music industry or the [Pharrell] video, it’s about my personal life. I fell in love and fell out of love, I made a ton of new friends and travelled the world.”

Rogers sees it as charting a chapter of her life. “The record is about change and transition,” she says. “It was therapy to relive things from this place of peace and to feel gratitude, sadness and to get to cry, to re-appreciate things.” She visited LA to co-produce with a cast including Greg Kurstin, Ricky Reed and Rostam Batmanglij, and her eyes light up when she reveals that her university friends are involved in the stylish, sun-baked end product, too. “The songs I think are the truest and the best are the ones that come when they’re ready,” she says. “My sound has matured, the colours feel more grounded, settled.”

All of which leaves one question, is Rogers finally feeling settled, too? “I feel more powerfully myself than ever,” she answers. “This [job] gives you permission to be as weird and wild as you want and I feel empowered. It feels pretty awesome.”