AWAL's Paul Hitchman on No.1 contenders You Me At Six's streaming ambitions 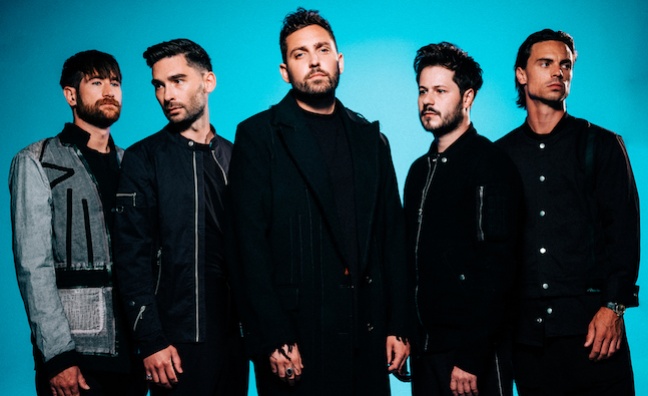 AWAL president Paul Hitchman has spoken to Music Week about working with “super-engaged” rock act You Me At Six on their Suckapunch campaign.

The band, who are managed by Prolifica, are currently chasing No.1 with their seventh album. It would be You Me At Six’s first chart-topper since 2014’s Cavalier Youth (BMG, 106,301 sales to date – Official Charts Company). YMA6 first partnered with AWAL in 2018 on their previous record, VI (No.6 peak, 25,959 sales to date).

You Me At Six are well known for energetic marketing initiatives and eye-catching moments in campaigns. The band opened a pop-up vegan kebab shop called You Me At Shish for their previous record.

“We have a band who are always super-engaged with their audiences,” said Paul Hitchman. “They’re a delight for us as a creative marketing team to work with. They come up with great ideas of their own, but they're always ready to engage with pretty crazy ideas, take them and make them their own. So it's really a dream for a marketing team to work with.”

The rock act are also known for drawing upon other genres, which is another strength according to Hitchman.

“They’re very self-assured songwriters as a group,” he said. “It means that when they want to write a pop tune, they can write a really good pop tune. When they want to create something with real energy and electricity, like Make Me Feel Alive, they're really adept at that too. So they really can cover a broad spectrum of styles within their sound.”

It's one of the best records in their career, we love working with the band

Rock acts have largely struggled to crack streaming – an issue that’s been debated by execs. You Me At Six have amassed 2.3m monthly listeners on Spotify, while Suckapunch’s streams are currently approaching 10% of sales so far.

“Some artists have managed to make that transition and broaden their appeal,” said Hitchman. “We see You Me At Six as having that appeal. They are on that journey, we really think they have that ability to appeal to a streaming audience. The Wombats would be another great example of a band that's transitioned through to becoming really successful with a streaming audience.

“Obviously, we play our part in that as we are now skilled and experienced in working with bands to help them to take their audience with them on to streaming, and also open up new audiences. We look at that quite carefully through the data with bands, look at where the opportunities lie and which audiences can we potentially grow and develop.”

Hitchman said AWAL are looking to grow the reach of the band in other territories, including Germany, Australia and France.

With a rapidly growing roster, AWAL could now have another No.1 act, following success last year with Gerry Cinnamon. You Me At Six’s chart position for Suckapunch will be confirmed on Friday (January 22).

“We think it's one of the best records in their career,” said Hitchman. “We think there’s big potential for it, we love working with the band.

“The main thing when you're working with an artist or a band is being able to spark off each other. We like working with a band who have lots of their own ideas but are also receptive to our ideas – and You Me At Six are definitely that band.”