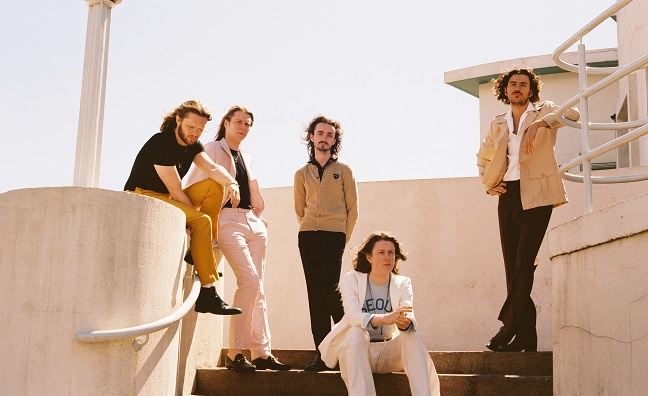 EMI MD Clive Cawley has called for less “goal-hanging” by streaming platforms and urged them to take a chance on guitar bands.

As revealed in the latest issue of Music Week, the label launched a long-term campaign on DSPs that helped secure a No.1 last week for Blossoms’ album, Foolish Loving Spaces. Opening with sales of 22,489 (Official Charts Company), it was the biggest first week for the band so far.

“For a guitar band, they do very well on streaming,” said Cawley.

The band have 1,767,566 monthly listeners on Spotify. Last summer’s single Your Girlfriend featured on the DSP’s flagship Hot Hits UK playlist, while recent single The Keeper was on Apple Music’s Today’s Hits.

Album track If You Think This Is Real Life recently appeared on Spotify’s New Music Friday in second place behind Dua Lipa.

But Cawley said it was still hard work for bands on streaming, while pop and hip-hop acts are seen as less risky for DSPs.

“People are still buying vinyl and CDs for bands like that, so that's great, but you need to add to it and try and develop into that [streaming] area,” he said. “So those playlists are going to give you a new audience.

“If the streaming platforms would support more of that music, then we would probably have a broader sphere of music [on playlists]. There needs to be less goal-hanging – support a few bands and give them some love. Because if it’s the right music, it works on the platforms.”

In the latest issue, Paradigm agent Geoff Meall discusses the gulf between rock as a live business and its streaming presence.

Spotify UK head of music Sulinna Ong has spoken to Music Week about backing artists such as Sam Fender early in their careers.

“[DSPs] do cover [rock] and give you profile where you need it, but there just needs to be more [support],” said Cawley. “Music is cyclical, guitar music will come back at some point, inevitably. At the moment, it’s just very hard for bands who are not in favour with the media platforms.”

To read the full interview on Blossoms No.1 campaign, pick up the latest issue – or subscribers can click here.