"His dominant position is to be the underdog... That's how he wins every time": Roy Orbison Jnr on his late father's legacy 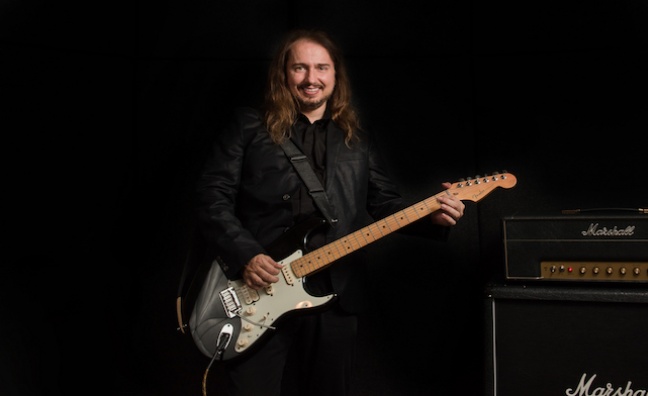 In the current edition of Music Week, we take an in-depth look at how estates and labels are managing the legacies of some of music’s fallen icons.

A number of new recordings and releases surfaced in 2018 from artists who are no longer with us – ranging from full albums like Prince’s Piano & A Microphone 1983 to Michael Jackson appearing on the chorus of Drake’s Don’t Matter To Me and Lil Peep & Xxxtentacion posthumous collaboration Falling Down.

In our feature, we speak to the people behind recent releases from Chris Cornell, Buddy Holly and Roy Orbison to gauge how they make business decisions when the artist in question is no longer around to ask.

One of those interviewed was Roy Orbison Jr, son of his namesake. A follow-up to 2017’s A Love So Beautiful (which has sold 291,698 copies to date according to the OCC), 2018’s Unchained Melodies was another new album by Roy Orbison with the Royal Philharmonic Orchestra. Released via Sony Music’s Legacy Recordings –in partnership with Roy’s Boys LLC, founded by Orbison’s sons Wesley, Roy Jr and Alex – the record has performed incredibly well since its release in mid-November, selling 168,956 copies to date and remaining in the UK Top 5.

“There was a lot of work behind the scenes,” Roy Orbison Jr told Music Week. “On Roy’s vocals, some of them are composite vocals, some of them are live vocals, and some of them are alternate takes. We had to hire detectives to try and find master tapes! There were people flying around. Some of them are mono, some are multi-track, and some don’t even exist on physical form anymore – they’re digital. There were different record companies, there were legal tanglings, different publishers, some were with Sony, some with Universal. A real nightmare, actually. There were things we couldn’t find, things we couldn’t do for various reasons, but we got almost everything we wanted. It turns out, there is still enough for a third one.”

Here, in an unread portion of Music Week’s interview with Orbison Jr, he takes us inside the future of his late father's legacy…

In terms of securing Roy’s legacy for future generations, how are you going about making sure that his music reaches new generations as well?

“In a humble way, that is not for us to decide. That takes living human energy, and the people of tomorrow have to like it. Luckily, Roy’s music and the songs are very good and he’s got a lot going for him. The black sunglasses, the story and whole tragedy thing, there is a lot there to grab onto. The biggest way I am trying to work on Roy’s legacy is that – since 2006 – I have been working on the Roy Orbison museum. This is a Herculean task, it is a huge thing. When I’m talking to people, often I say, ‘I wish I was just another celebrity’s son trying to make it with my band’. That’s an easy story for interviewers to understand but, fortunately and unfortunately as Roy Orbison's son, it’s just non-stop. The Orbison Museum will be opening in Nashville, Tennessee, on April 23. We run pretty close with the path of Elvis and Johnny Cash, so what works for them, works for us. The [Johnny Cash] museum is so great that we decided to do one of our own. We’ve gone through a lot of iterations to finally get there and it will be a huge day. But back to what I way saying earlier, Roy does real well without us. Roy does quite well on Facebook and Twitter and all the modern stuff, even just from the commercials, too. Our merch, our T shirts is selling well at the Orbison store...”

He was featured in A Star Is Born, too...

“We’re just really happy about that. Roy’s dominant position is to be the underdog, that is his style, that is how he wins everytime. I have noticed a little undercurrent, a little bit of misunderstanding from interviewers when they say, ‘Oh, do you hope the Royal Philharmonic Orchestra will help to keep your dad's legacy going for the kids?’ and I’m like, ‘No, we’re trying to help Beethoven and Mozart’. That’s the punchline. For England and for classical music this is really good. The misunderstanding is that there is something that we have to do for Roy, when actually he’s doing it for us.”