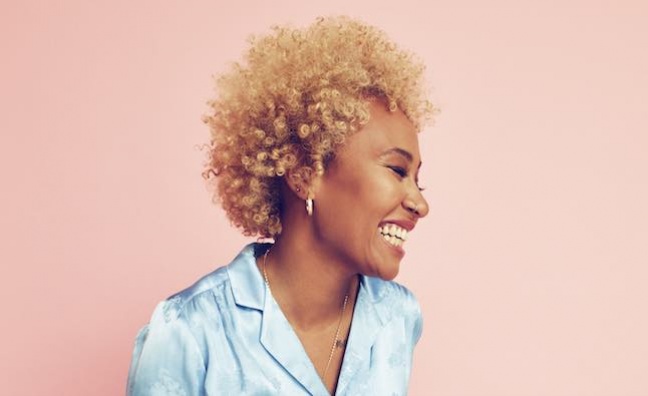 Emeli Sandé has told Music Week that she wants to take advantage of streaming opportunities to release music more frequently.

"I'm so proud of it," she said. "I love making albums. All I can do is make the best music I can and put it out there."

Sandé was responsible for one of the biggest debuts of recent years, Our Version Of Events. The No.1 album, released in 2012, beat The Beatles' record (62 weeks for Please Please Me) of most consecutive weeks in the Top 10 for a debut.

Our Version Of Events has stellar sales to date of 2,423,876, according to the Official Charts Company. In 2019 alone, its streaming-equivalent sales total so far is 17,893 units.

The 2016 follow-up, Long Live The Angels, has sales to date of 287,995. Sandé acknowledged that it's harder in the streaming era to sell huge quantities of an LP.

"I just want to get it [Real Life] out there, and let people hear it - I hope it connects," she said. "I love albums and I hope I'll always be able to make them. As an artist, I think it's really important to be able to tell the full spectrum of your story.

"But it's a very new music industry. As soon as you try and start to understand the business and get too much into that, I think it can mess with how you create and that's the last thing I want to do."

However, Sandé admitted that she wants to break out of the traditional album cycle and drop new songs when it suits her.

"I want to make sure that I release things a lot more often than I have been," she said. "I would love to release more music, because I'm always writing. After this album, I'd like to become more frequent. I think it's a good plan and we'll see how it goes."

Sandé co-wrote the current single You Are Not Alone with Salaam Remi, whose previous credits include albums by Amy Winehouse and Nas.

"It's always been a dream of mine to work with Salaam Remi and to go to his studio in Miami, where so many pieces of legendary music have been made, was really exciting," she said.

Sandé is also thinking of projects outside of music, following the Real Life campaign.

"I was thinking of starting a podcast, that could be fun," she told Music Week. "There are lots of different things I'd want to speak about, but we'd need to focus a little bit. You have to dedicate a lot of time to it, you want to make sure it's good."