'Is reaching a million streams really success?' Miraa May questions the numbers game 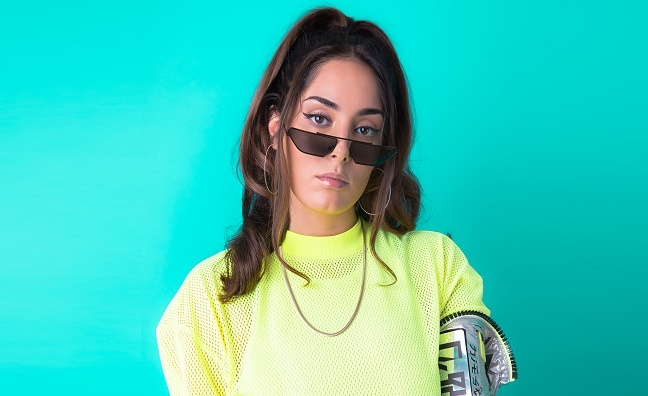 The music industry puts too much emphasis on numbers and data, according to Miraa May.

May is signed to Island and starred in Music Week’s On The Radar new music column last week. The singer has worked extensively with Nas and Amy Winehouse producer Salmaan Remi and has three EPs to her name. This year, her single Angles (feat. JME) passed a million streams on Spotify, and May said the accolade holds little importance.

It’s hard not to think about [success] in a world of social media where you see everyone’s successes on their page,” May said. “With me, success is a real thing, I came from sharing a bed in my best friend’s mum’s house to us having our own apartment in a very nice area. You don’t need to have a Top 10 or Top 20 to feel that level of success. That’s why a lot of people end up not enjoying this.”

May added: “Is reaching a million streams really success? Or is me stepping into my house that I’ve been able to earn? I can’t step into a million streams, or a chain or a Gucci campaign, those things are momentary, they’re accolades. That’s not success to me, I could have 10 streams, as long as I’m financially stable and I’m happy.”

The singer was born in Algeria and grew up in Tottenham, North London. She told Music Week her background will continue to inform her music.

“We’re not here for long. I try and make sure my songs are very uplifting,” May said. “This world is just meant to break you down. Where you’re from is very important understanding the qualities you have because of where you’re from can help you in daily life.”

“I love making music, I just love being in the studio, being part of making something, writing words to it and making it into a really good song,” she said. “My artist life could go down the drain, say I just wanted to write music and not put it out under my name anymore, I’d still be so happy because I’m making music.”

Read the interview in full here and read about May’s labelmate Dermot Kennedy, who recently topped the charts with Without Fear here.