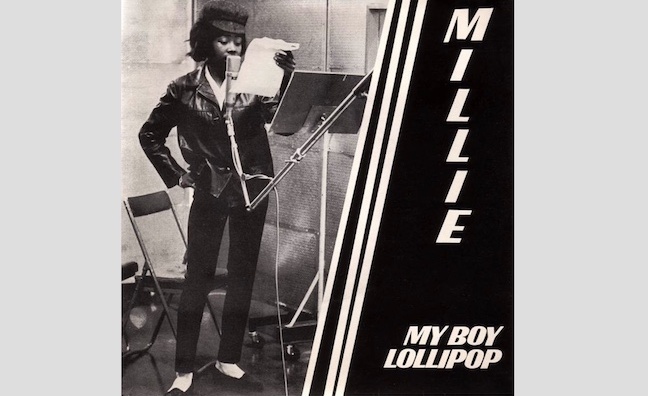 The singer introduced ska music to the world with her 1964 hit single My Boy Lollipop.

Announcing her death, Island Records said it was “sad to announce the passing of one of its most beloved and celebrated artists... Our thoughts are with her family and friends at this very sad time. Millie Small was a true original, a wonderful human being and will be dearly missed by everyone.”

Small died peacefully in London on Tuesday (May 5) after suffering a stroke at the weekend.

Speaking about his friend, and the artist who put Island Records on the map, Island founder Chris Blackwell said: “Millie opened the door for Jamaican music to the world. It became a hit pretty much everywhere in the world. I went with her around the world because each of the territories wanted her to turn up and do TV shows and such, and it was just incredible how she handled it. She was such a really sweet person, very funny, great sense of humour. She was really special.”

My Boy Lollipop reached No. 2 in the UK and US singles charts and sold over seven million copies around the world.

Born Millicent Small in Clarendon, south Jamaica, she was raised on the sugar plantation where her father was an overseer. She teamed up with reggae artist Roy Panton early in her career on singles including We'll Meet.

Small is survived by her daughter Jaelee.

Truly devastating news about the extremely sad loss of the amazing Millie Small following a stroke.

While still a young girl, recently arrived in London, she introduced the music of her native Jamaica to the world at large with her global hit, 'My Boy Lollipop'.

We have lost Millie Small, the first Jamaican artist to achieve international pop chart success in countless countries with ‘My Boy Lollipop’. The song was so popular that it made her a household name in the UK in 1964 and blazed the way for the recognition of Ska music. pic.twitter.com/1Wpwro58x3