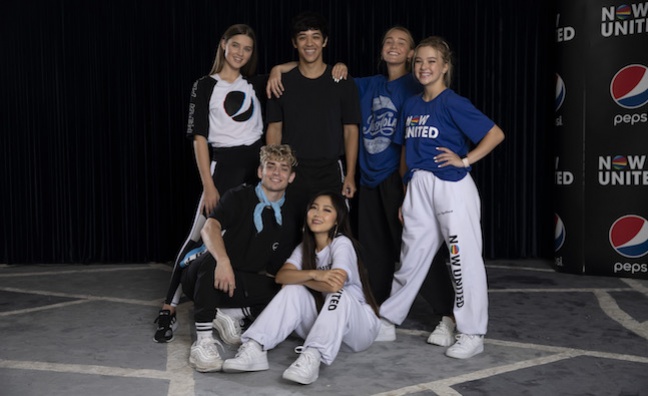 The group, which features 15 young artists from 15 different countries around the world, are managed by Simon Fuller, founder of XIX Entertainment.

Now United currently have one billion views on their YouTube channel, including more than 11 million views of their latest song, Feel It Now. They bagged a Best Group nomination at the MTV Video Music Awards in New York last month.

The group, with the support of Pepsi, announced that they were on the hunt for a new, 16th member from the region in November 2019. Since then, they have reviewed thousands of potential group members from cities across MENA, one of the band’s most engaged #uniter fanbases. Now members of the band and their team have gathered this week in Dubai to make the final selection.

Over the next week, Now United’s fans around the world will watch as Now United group members, together with choreographer Kyle Hanagami, casting director Kerrie Mailey and group creator Simon Fuller, narrow down the entries from the shortlist of 13 finalists from across the region. Short films will be posted to their YouTube channel.

The finalists represent a diverse range of countries from the Middle East and North Africa including UAE, Egypt, Lebanon, Morocco, Libya, Algeria, Tunisia, Jordan and Saudi Arabia together to showcase some of the region’s finest young musical talent.

In observance of social distancing, finalists will audition virtually from their home countries.

Simon Fuller said: “The addition of a new member to Now United is a huge moment for us. We’ve had an amazing response and have seen remarkable quality and diversity in the talent across the Middle East and North Africa. It is going to be quite a challenge to choose just one person. We are looking for someone extraordinary, with undeniable talent, passion and a wonderful positive spirit. They should be an inspiration to our fans all over the world and represent this incredible region with pride and joy. I can't wait to see who the next member will be!”

Tamer El Rafie, VP, Beverage Marketing, PepsiCo Africa, Middle East and South Asia, said:“The diversity, passion and vibrancy of Now United has captured the hearts and entertained millions around the world. We’re proud to welcome the band back to the region for the final phase of this talent search. Pepsi has been supporting both global and local stars for decades, and as we near a decision to find a new band member from MENA, we’re energised to celebrate our brand’s legacy and spotlight the region’s newest talent in our ongoing quest to support music and creative expression.”

Alongside the new member auditions, Pepsi is also launching the #PepsiChallenge Feel It Now TikTok dance challenge. It starts with the user wearing casual clothes, but when they given a Pepsi, they transform into a fabulous version of themselves with an upgraded style and an energetic dance routine.