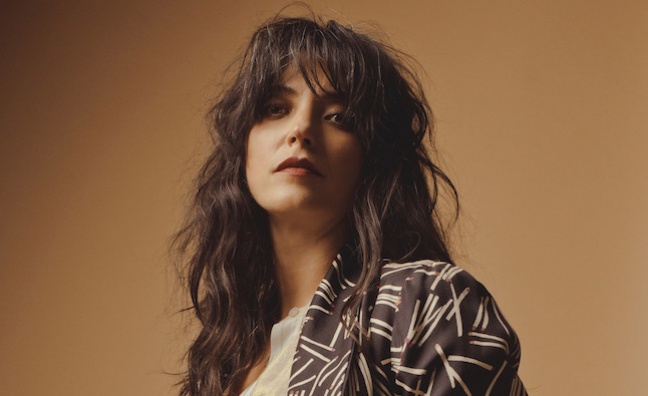 After acting in Twin Peaks and Netflix’s The OA, studying for a psychology degree, scoring the soundtrack for the film Strange Weather and having a baby, US indie-rock artist Sharon Van Etten has finally found time to release her first album in five years.

Remind Me Tomorrow, the follow-up to 2014’s Are We There, is out today (January 18) via Jagjaguwar. Just don’t call it a comeback, says Phil Waldorf, co-founder and head of Global Marketing, Secretly Group…

What are the ambitions for Sharon Van Etten on this comeback album?

“Well, I wouldn’t describe it as a comeback. Sharon hasn’t made an album in five years, but she has not been out of sight. Sharon’s raised the bar artistically on Remind Me Tomorrow, it’s our job to help raise her profile alongside this creative growth.”

She's always been a popular artist among fellow musicians and the music press. How is that widespread appreciation for her in the media helping this campaign?

“The media support has been a tremendous help. There is such a wonderful narrative around the album and Sharon’s last few years, and the extensive press coverage goes a long way in helping spread that story.”

How much has she benefited from her increased profile from acting?

“It certainly helps, but it’s not just about raising her profile. Sharon’s diversifying her creative outlets, and she’s a better artist for it. Things like acting and soundtrack work make her a more well-rounded artist, and she brought these new layers of expression into the album.”

The record is much more electronic than usual - has it benefited from more playlist support?

“The playlist support from DSPs has been tremendous so far. Sharon has always had a lot of success on playlists, the difference on the singles from Remind Me Tomorrow has been the type of playlists rather than the quantity. It’s leaning more alternative and indie, rather than singer-songwriter, folk or Americana. Spotify’s Fans First partnership allows us to target Sharon’s fans on the platform with offers like pre-sale tickets and exclusive merch items. It’s an amazing resource to utilise their data to offer special access to Sharon’s core fanbase.”

Are you expecting it to be big on vinyl with indie retail?

“Sharon’s fanbase started at indie retail, and physical formats are still essential to her audience. Sharon laboured over the packaging and design of the LP, and it is still a big part of the thought process when presenting the album to the world. We’ve got an extensive retail marketing plan in place, including an exclusive colour variant for the UK, window displays at key indies like Rough Trade, Piccadilly, Resident, a large FOS canvas banner in Rough Trade, and online coverage from the indie shops as well. Additionally, we recently did an exclusive pressing of Sharon’s album Tramp for the Rough Trade Essentials series.”

How big is her touring business and will the UK tour be a big promo opportunity?

“Sharon’s touring business is very healthy in the UK. The current tour features five stops, capped off by a performance at the Roundhouse in March. Presenting this album live will be a good promo opportunity, but the primary purpose of these shows is for the loyal UK fanbase to see this new album performed live. Sharon’s toured the UK many times, and come a long way from headlining the Scala back in 2012. She’s played countless festivals and a recent highlight was her 2018 performance with an orchestra at the BBC Proms.”

She seems to have a very busy life right now, how much is she doing in terms of promoting the album?