'The British public are connecting to him': Polydor's Ben Mortimer talks Sam Fender and breaking artists 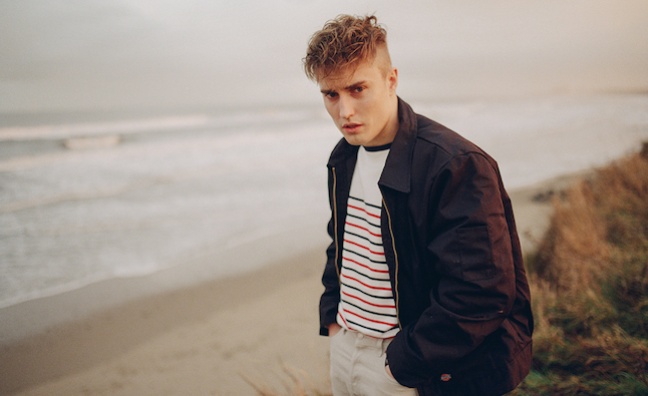 The BRITs Critics’ Choice winner has just been playing at SXSW, ahead of sold-out UK dates in May, including two nights at Shepherd’s Bush Empire. While other debut artists are already making their mark on the charts – including Dave, Lewis Capaldi and Tom Walker – Fender is yet to score his first hit.

As revealed in the latest issue of Music Week, Polydor co-president Ben Mortimer is confident about the singer-songwriter. Here, he looks at the prospects for Fender and the rest of the label’s class of 2019…

Sam Fender got a chance for his personality to shine at the BRITs. How can you use his win as a platform for success - and can he repeat the success of previous BRITs Critics’ Choice recipients?

“The Brits Critics’ Choice is, for me, the most positive award of the whole show. It can be such a leg-up for new artists. It opens doors, and we intend to fully make the most of that. However, it would be foolish to sit here and say Sam will equal the success of, say, Adele, Florence + The Machine or Sam Smith, when he’s so early in his career. Why put the unnecessary pressure on him? What I can say is that he is a fantastic artist in his own right, with, as you point out, a brilliant personality. Already the British public are connecting to him in real way. It’s our job just to harness that and help him reach as many people as he can.”

You won the Music Week Awards A&R award last year and picked up three BRITs, including a pair for The 1975. What's been key to the label's success across a range of projects?

“We’ve always set out to be broad in what we do. And to treat every act on the roster with equal respect and the same levels of hard work, be it the cornerstone heritage artists, our superstars or our new developing roster. Every day we’re striving for small victories with all of them, and slowly but surely these victories build up into big wins. Ultimately, that gets reflected in awards, which are lovely to receive. But as long as I know the team are fighting tooth and nail for our roster, day in, day out, I’m happy.”

How are you doing in terms of breaking artists in 2019?

“It’s very hard to qualify what is a breaking artist nowadays. You can have a big hit, but not be selling tickets. Or vice versa. What I do know is that Jax Jones does both, both at home and internationally. Mabel is having the biggest song of her career, with a proper global hit in Don’t Call Me Up, which has come off the back of three years of development. She sold out Brixton Academy last December, so she has a real base already. Drop a huge hit on top of that, and really she couldn’t be in a better place.

“We have several brilliant artists lining up behind them like Grace Carter, Celeste and, of course, Sam Fender. So I’d suggest we are already delivering breakthroughs, with, hopefully, plenty more to come.”