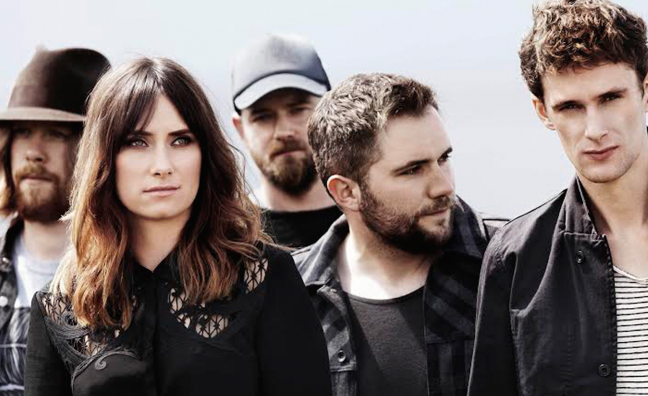 Walking On Cars have been announced as a winner of 2017’s European Border Breakers Awards (EBBA).

The band, from Dingle, County Kerry, are one of 10 recipients set to be announced in the coming weeks, and they join Jaakko Eino Kalevi, Namika and Alan Walker on the list.

Walking On Cars released debut album Everything This Way in January of this year, and its third single Speeding Cars brought chart breakthroughs in the Netherlands, Belgium, Ireland and the UK.

Now in their 14th year, the EBBA celebrate new and border-breaking artists and past winners include Adele, Christine And The Queens, John Newman and Mumford & Sons. Hosted by Jools Holland, the ceremony takes place in Groningen on January 11 as part of Eurosonic Noorderslag festival.

Ten artists receive the award each year to recognise success in countries other than their own, using airplay, sales, live shows and performance in the European Border Breakers chart to measure that success. The chart is published each Friday at 12pm on musicweek.com.

One category, the Public Choice Award, is voted for my users of the EBBA website, who can nominate their chosen acts from now until Christmas. Ten of those voters will be chosen at random and invited to the ceremony. For more information visit www.europeanborderbreakersawards.eu.