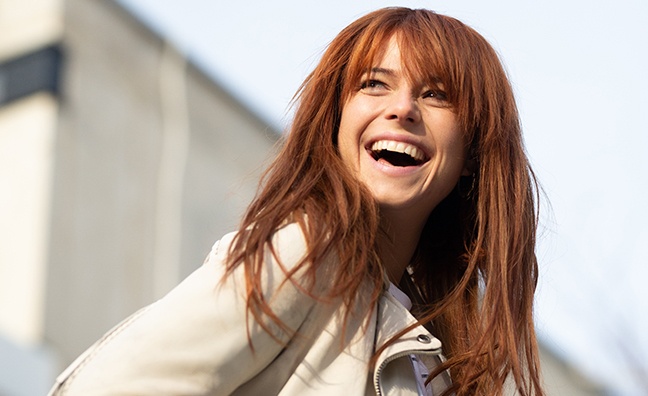 The emerging UK country music scene has now achieved another landmark with its own movie. Jessie Buckley stars in Wild Rose, which was released in cinemas nationwide at the weekend.

Island Records has worked with Universal’s Globe division on the music strategy for the film, which tells the story of a single mother in Glasgow who has ambitions to make it in Nashville.

“At Island we’ve worked on a number of different soundtracks over the last few years,” said Guillermo Ramos, VP, marketing, Island Records. “The best soundtrack campaigns are the ones where the music element of the campaign is very much integrated into all elements of the film as opposed to something that feels bolted on.”

Island has taken an innovative approach with the soundtrack, which is effectively an album by Buckley in the persona of her character, Rose-Lynn Harlan.

“It gives us the chance to approach it a little bit differently,” said Ramos. “We’re approaching it where possible, and where her schedule permits, as a debut artist campaign. We have Jessie Buckley singing as her character, so there’s a lot of depth and backstory to some of the lyrics that she’s written.”

“It’s not just country classics and covers, but she’s actually co-written six or seven original pieces of music for the film,” said Ramos. “That makes the whole musical body [of work] a very interesting and different starting point for us on this soundtrack.”

The album includes a cover of Country Girl by Primal Scream – a nod to the Glasgow setting.

Ramos said Buckley was joining a burgeoning scene in the UK, that includes growing events such as Country To Country and homegrown talent ranging from The Shires to Ward Thomas.

“She’s going to be a part of the narrative of country music coming from the fringes and being recognised within the mainstream,” he told Music Week. “People don’t realise how significant the love of country music is among the fanbase.”

Buckley has played low-key shows and performed at SXSW to promote the film in the US, where it is distributed by Neon. Republic Records will partner on the soundtrack.

“Jessie’s going to have a fantastic 2019,” said Ramos. “She’s extremely credible as an actress in the role, but the vocal performance is just undeniable as well. We’re very confident in the film, we’re very confident in Jessie, we think she’s a star. The fact that we get to try and build an artist campaign around this soundtrack and treat it almost as much as a debut album, that’s extremely exciting.”