Viewpoint: Alexander Milas on the enduring power of metal 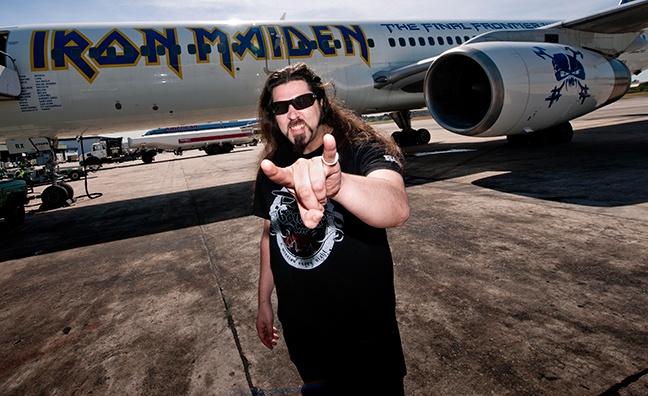 Rock may struggle to gain traction on streaming services, but the digital world has also helped win vital exposure for the international scene. Ahead of the inaugural Metal World Congress on March 22-23, event founder Alexander Milas explains why metal is now a truly global phenomenon…

It’s been nearly 50 years since Black Sabbath’s first record dropped on an unsuspecting public, and a half century later it’s the riff that’s truly been heard around the world. Much more than a mere genre of music, it sparked a cultural phenomenon that easily occupies every territory regardless of culture, colour or creed.

Curiously, it’s also one of the least-celebrated success stories in the music industry – and I’m not talking about the BRITs’ metal myopia or the Grammys’ grating tokenism. Metal requires no such obvious industry validation. In fact, you could argue that its consistent marginalisation by the mainstream media is actually responsible for its unparallelled longevity. The kiss-of-death toxicity of tastemaking and subsequent rapid disposal has been side-stepped in favour of consistent support from niche outlets and specialised movers-and-shakers.

As a consequence, a half century since Tony Iommi committed the spine–tingling opening notes of Black Sabbath to reel, a truly stunning echo is about to come thundering back from every timezone – and it’s truly like nothing else out there.

It’s called global metal, or what I prefer to call heavy metal from unlikely places – if judged by normal western standards. In fact, this peculiarly overlooked phenomenon – a story perhaps best told by Iron Maiden’s epic Flight 666 documentary a few years back – represents such a huge opportunity for the industry and fans alike that myself and a group of partners from the world of politics, live promotion and academia have created a platform to celebrate and investigate the opportunities represented by these remarkable developments.

It’s called the World Metal Congress and takes place in London this week. The case for its existence was self-evident enough that even Arts Council England agreed to get on board. Joining our panels will be key decision-makers and artists from Singapore, Indonesia, Nepal, Afghanistan, Lebanon and India, just to name a few. As well as some of the best and brightest from our world including Steve Strange, Sammy Andrews, Julie Weir and many more who’ve unanimously seen the point in all this.

Take The Hu for instance – no, not The Who founded by Daltrey, Townsend and Entwhistle in 1964. I mean The Hu – a Mongolian folk metal band who’ve racked up tens of millions of streams in the last few months, are now represented by William Morris and will be making their UK debut at Download Festival this June. They’ll be joined there by the likes of Underside (figureheads for Kathmandu’s burgeoning metal scene) and Alien Weaponry – certainly the first Maori metal band I’ve heard of – plus Lovebites from Japan, among many others.

They’re not there because they’re international – they’re there because they deserve to be. So, while Metallica are playing their biggest stadium tours of all time; Wacken Festival is selling out all 75,000 tickets for its 2019, 30th anniversary edition (just five days after announcing); and the UK’s own Bloodstock festival (longtime champions of the underground) maps a remarkable pattern of growth; there’s now even more reason to be excited. The rest of the world has heard the call.

All this, of course, is nothing new if you’ve been watching closely. Over the course of 17 years as a music journalist for Kerrang!, editor-in-chief at Metal Hammer and now a documentary producer, I’ve had a front row seat for heavy metal’s unique ability to renew interest in successive generations of music fans while retaining the interest of the old guard.

Nowhere was that more apparent than over 10 years ago, when I attended my first music conference in Mumbai. It’s home to a startlingly large and prolific metal scene possessed of an independent DIY spirit, but confounded by the questions that perplex almost every one of these scenes: how to engage and get noticed when it seems so much is out of reach.

Much has been written about the relative lack of popularity of rock and metal on streaming services although, as recent Spotify research has shown, heavy metal fans are also the most loyal of all music fans, returning to releases time and time again.

What’s less evident, though, is how access to streaming has transformed the way fans in developing countries access and discover that music as well. So, if you’re looking for a case in point, I invite you to join us when WMC will be hosting the UK premiere of Syrian Metal Is War, a gripping documentary film on metal’s incredible triumph over adversity in Aleppo.

For them, playing in bands is more than a passion – it’s a political act and a dangerous one. It’s a story worth knowing, with music worth listening to.