Carpool Karaoke producers: 'No one expected it to take off in the way it has' 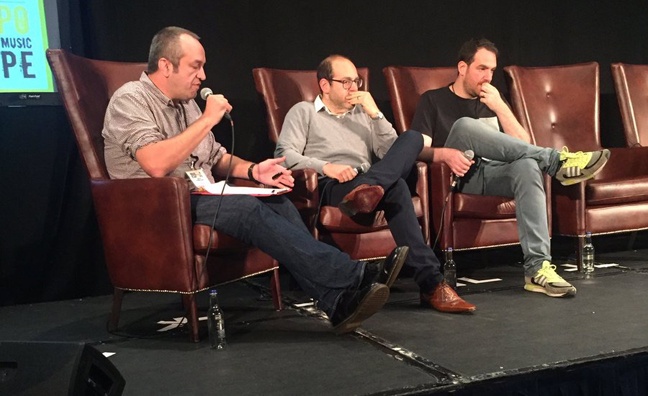 The producers of Carpool Karaoke have admitted the segment's incredible popularity has taken even them by surprise.

Screened in the US as part of The Late Late Show with James Corden, the series has become a viral sensation, featuring artists such as Adele, Britney Spears, Justin Bieber, Mariah Carey and Stevie Wonder. Apple snapped up the rights to a spinoff show earlier this year.

"The real jumping off point for James [Corden] was the Smithy sketches for Comic Relief, which we were lucky enough to produce and direct,” said Turner. “That really took off. It helped us massively and gave us an introduction to a huge number of stars and talent, especially in the sports world. One of those sketches is where the Carpool Karaoke idea first came from.

"The first time we did it was with George Michael, but there was no chat, it was just them singing together and then Ben [Winston, Fulwell co-founder] made a show with James about Gary Barlow and they did Take That songs in their car and I know that before Ben went to America he was keen to maybe format that in some way and then we started developing The Late Late Show, Ben and James were like, We should do it here.”

Pearlman revealed that although he was confident they had a hit on their hands, he could not have predicted the level of its success. “It was one of multiple ideas," he said. "No one expected it to take off in the way it has, but even from that very first Carpool Karaoke with Mariah Carey, you got the impression that this was going to be a huge hit and it's gone from strength to strength. I mean, the Adele one is incredible.”

“Before [Mariah Carey] said yes, it was hard to get someone [to take part],” revealed Turner. “We didn't know who the first person would be to say yes. Mariah Carey had seen George Michael's and she was like, Yeah, I'll do it."

“Now, it's the opposite,” said Pearlman. “The impact that you see in online sales of the music from the stars who do it, is enough of a reason for them to want to do it now. Plus, it's a huge profile boost for them.”

Founded in 2005, London-based Fulwell 73 has produced a number of One Direction music videos and concert films. The company has also worked across a wide range of genres spanning all media platforms, with artists such as Robbie Williams, Olly Murs, Justin Bieber and Gary Barlow.