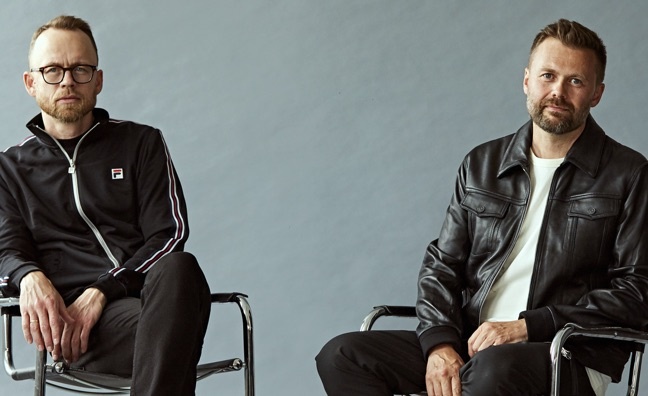 The agreement covers a full range of creative, sync and administration services for their catalogue and future work.

Seeb came to prominence with their 2016 remix of Mike Posner's I Took A Pill In Ibiza, and they have also reimagined Coldplay's Hymn For The Weekend and Taylor Swift's Delicate, along with releasing studio album Sad In Scandinavia last year.

“Seeb is as creative as they're technically skilled. They've raised the bar for remixes and created ground-breaking original tracks," said Johan Ekelund, MD, Nordics at Kobalt.

"Their ability to source co-creators for collaborations makes them endlessly exciting. I consider Seeb as a perfect fit with Kobalt and I'm delighted they've chosen to work with us.”

The duo welcomed the deal, pointing to Kobalt's business arrangements as their reason for signing.

“We are very happy to be working with Kobalt. The main reasons behind our decision to team-up is the great people in the Kobalt system, the flat structure, total transparency in data and the great online system for statements and reporting," they explained.

"We really feel that Kobalt set the standard for how publishing should be dealt with today and going into the future.”

Earlier this year producer and artist Fred has signed an international neighbouring rights deal with Kobalt.